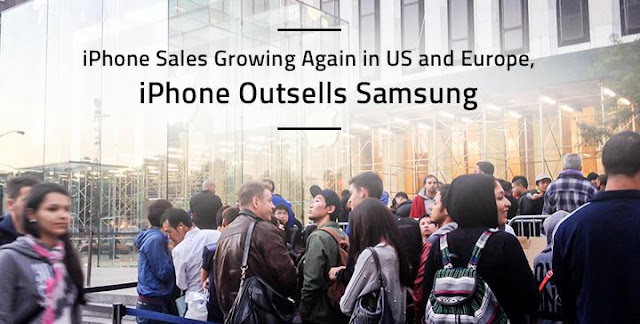 Who doesn’t want an iphone? – The most stupendous and profit-making mobile phone in the world. iphone is the line of smartphones that are designed, manufactured and marketed by the multinational technology company-Apple Inc.

Apple is the one in thousand companies who has ruled with its remarkable products in the market like the Apple SmartWatch, the Mac Personal computer, the iPad tablet computer and many others. From the beginning of the company in 1976 by Steve Jobs, Steve Wozniak and Ronald Wayne till today in 2016, it is the largest information technology company by revenue and total assets.

Today, the customers attract to a device through its look first and then its features. iphone has always set the latest trend in the mobile phone users. The updated data shows the returning of iphone devices with the growth of 1.3% in the USA and 3.1 % in the UK.

This resulted in the increase in shares of Apple in U.S. and in the five biggest markets of Europe. At the end of 2015, iphone had a market share of 43.6%, followed by Samsung with 27.6%, LG with 9.4% and Motorola was marked to be at 4.8%. This showed a tremendous eager of consumers towards the iphone and other devices of Apple like ipads.

In fact, MacBook is earning quite good attention amongst the gadget-lovers. On July 20th, 2011, the MacBook was put an end to the user purchase as it was headed by the MacBook Air that offered almost similar features at a lower price. MacBook was only sold to the educational institutions until February 2012. Then, a redesigned MacBook line was launched on March 9, 2015 featuring their first look in silver, gold or space grey color. It is thinner than the MacBook Air and eliminates the older MagSafe charging port with USB Type-C port. It also featured a Retina Display. Ultimately, Apple updated 12-inch Retina MacBook with the latest version of sixth-generation Intel Core M processors with long battery life and a new option of rose gold. 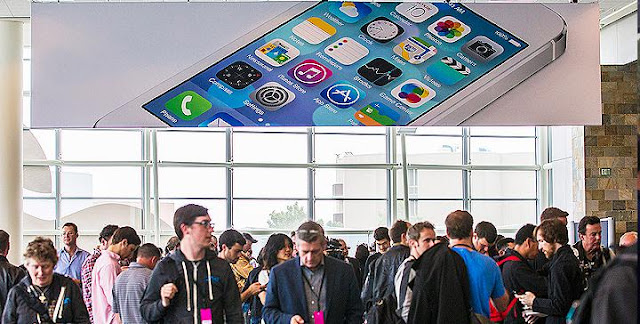 iphone has been always considered as a symbol o status and superiority amongst the people. Although, Samsung plays a crucial role in giving a healthy challenge to the series of devices of Apple, but iOS finally defeats all other rivals like Xiaomi’s RedMi Note 3 and series of Samsung and many more.

Despite of all the high profits to the market share of this multi-national company Apple, it continues to innovate and create attractive devices for the consumers. Eventually, the company identifies the changing market and industry. Apple is completely justifying its mission that is stated as “Apple designs Macs, the best personal computers in the world, along with OS X, iLife, iWork and professional software.

Apple leads the digital music revolution with its iPods and iTunes online store” on September 3rd, 2015. Rumors indicate that the iphone7 shall be launched on September 16.Apple hopes to maximize the number of sales again in US and Europe exceeding Samsung.