PayPal is the biggest online money transfer organization. Since long it has been in the business. Its fame and popularity brought a lot of people to it, and presently it is operating with millions of users and billions of money from all over the globe. Besides consumers, its fame has even attracted the cons to it. A number of e-mails are received that reveal that they are from PayPal, while they actually aren’t. A series of such scams have been involved in the timeline of this wonderful organization. 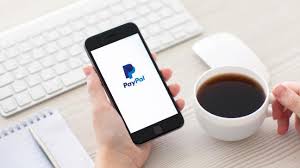 To overcome such scams, PayPal has initialized a Spoof Spotting department. It deals with all the relevant phishing content and malware that are meant to take away your financial information and credentials. The complaint of such e-mails can be registered at spoof@paypal.com by simply forwarding that spoofed mail to PayPal.

In the series of scams, a number of common scams. 15 notorious of them are listed below, which you should avoid at all cost.

Though it’s pretty highly cautioned to not to use the name of any state department or defense authorities. But there are a few who still do. There are a number of buyers and sellers, who represent themselves belonging to a high-stake military command, operating in Afghanistan, Iraq or any other disputed territory, that’s why they won’t be able to meet you in personal. This is certainly sure that such a person is certainly playing con with you. It would be wise to skip such deals.

There are cases that require the interference of the third person. They have special reasons for that like the seller or buyer is a handicap and is unable to travel. So they ask you to send the product or money to a third person who would deliver the article to the concerned. But it has been seen that such cases mainly involve cons. The person asks to send the products to his or her shipping agent while at the end it is provoked that all was fake or send the payment to a third person through any other source, like the Western Union or else. It is preferable to miss out such deals.

It feels awesome when someone offers more than your demand. But beware it’s a total scam. No one would offer you more than you asked. It is better to skip such deals, as in the end, you aren’t going to get anything out of it.

This scam has been addressed earlier in this content. Whenever you get an e-mail that sounds to be PayPal, however, actually it isn’t, they watch for the following:

That’s actually a trick to take away your PayPal credentials. A number of cons will send you e-mails saying, “Your account is about to be suspended… to prevent this kindly enter your password on the following URL”. It is totally fake. PayPal won’t ever do this, and password is just required over the login page only.

Who would miss a walk in the park? Maybe the one who’d value work more or who hates parks. Similarly, sometimes we get the emails saying, “Mr. / Ms. XYZ has awarded you some Millions of Dollars, as they have no heir, so they have nominated you. In order to get your share please send us $ THIS MUCH as the local fee and then we will transfer you the money”. It’s an opened ended scam which takes place after every 3 seconds. Beware, no – one’s going to pay you for free.

One of another common scam includes “Payment Made”. This happens with a number of sellers. The cons try to make them a fool by sending a spoofed e-mail saying “You have been paid” so that the seller may dispatch the products to the con buyer. While actually the payment is not made at all. It’s better to check the PayPal account before proceeding ahead.

Cons at times try to make fool of the sellers with both hands.Usually, spoofed e-mails are received by the sellers which say, “You have been paid in excess for a particular product. Kindly ship the product with the amount of money sent in excess.” Before going ahead verify your PayPal account that does such incident take place or not.

A number of cons show up as fake investment organization and boost rewards for investing with them. They ask for a small amount of money for investment in the particular program, while actually there is no such program available. It’s better to make sure that such investment company exists and offers such plan or not. Otherwise, kick such cons out of your way.

Since long, a number of terrorist organization show up as charity workers and ask for donations. It’s wise to not to participate in such charities as it is totally against humanity. If you feel like the organization is for real, that kindly make sure that the charity actually exists or not on http://www.charitynavigator.org/

There are a number of offers available during the season of sale, like smartphone offers during Cyber Monday. But before or after the season, you might get a few of them. If you get someone giving any discount or offer besides the season days, it’s better to check the validity of that offer. Otherwise, you’ll get yourself tricked.

Some buyers track the sellers and reroute the shipment, so that they may claim that they did not receive the product they demanded. It usually happens that buyer provides wrong information about the address. Even some buyers ask the shippers to change the address as he or she have moved to a new place. In this case, it would be wise to ask the shipper to not to reroute the package. It’s even better to verify the address before dispatching shipments.

Some cons play with the feelings of others. They post for ajob opportunity and once they are contacted, they ask for some money for the processing. It’s wise to never pay for a job, employment or for the business beforehand.

Really you think so? PayPal has a complete set of regulations to guide this business smoothly. It will never opt to pay any terrorist or unethical organization. If you receive an e-mail saying, “Your account has been limited due to an unauthorized transaction” it clearly means that it’s a scam. Just miss it!

The person you are dealing with sends you the money after the dispatch. Once the products are delivered, the money is there with you. But after a few days, a complaint gets filed against you for identity theft. And actually, you did not do any such thing. Get a flashback, how did the guy pay you, whom you sent the products. Yes! He sent you money through a hacked account. It’s better to make sure that the person you are dealing with has nothing to do with any such thing.

Certainly Be Cool and Avoid the Scams!

Angela is a social media experimentalist and business development executive at Cell phone spy software. She loves to write about employee management, business scams and prevention tips. To know about her follow her on Twitter @LatestTechBlog